As always things this complicated never go smooth first try, and after the primary release, a few rather bizarre issues turned up in the scripting that were rather unexpected and out of the blue.
I would go geek on this, but I wont - needless to say it they needed fixing, and they have been fixed.
If you got the version 3.0 Release, I would recommend you update them to the latest Version 3.01 release.

*** Update 2... ***
Okay, it has been a week of unexpected bugs and feedback from customers.
There has been some bug fixing going on with specific models.
Xilu and X-Fet are pretty stable and havent been updated since the last note.
XL and XXL did get an update midweek to fix some unexpected issues and are now on 3.02
X_X has now not only had bug fixes, but the Evo models have come in for some more heavy upgrades including a new bra layer and more - current version which has just been released is 3.03.

Could Developers please note - we did find a few utterly strange issues in the basic clothing applier, and as the Evo has now had its bra layer added, we had to add  the applier in for that. This new Dev kit is the current model so please update any of the models when you are ready as the Dev pack is in all model boxes.

At this time, I believe we now have the Version 3 release stable and fingers crossed this will be the last update
*************

The title is rather a classic understatement, but needless to say the new vStrings are something else.

I think rather than rattle on though... I will give you the in store information on vString 3... 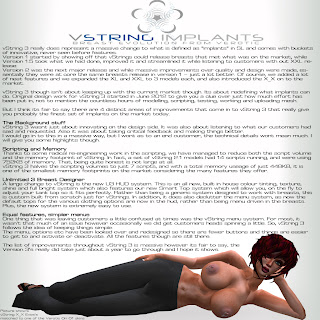 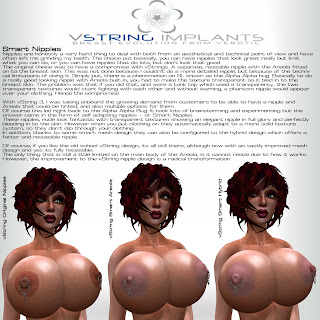 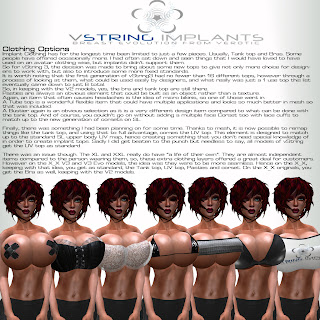 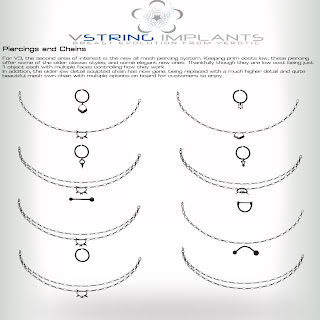 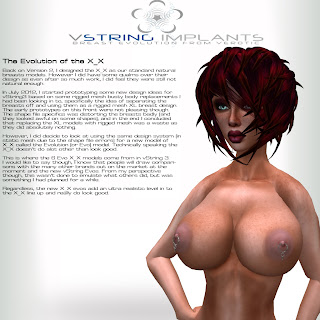 Email ThisBlogThis!Share to TwitterShare to FacebookShare to Pinterest
Labels: vString

An Adult Blog for Violet Studios?

After thinking about this a fair bit, and considering that there is both VSX and vString as major parts of the Violet Studios collection, I decided that to keep you up to date with the latest stuff coming from our naughty departments, I would create this blog....
but why?
On the main blog, I use it in world on our "media on a stick" things however if your blog is adult, then you get the disclaimer screen... dont exactly want the disclaimer sitting in world do I?
So, that blog is kept PG and nothing naughty on it. Any mention of vString etc, is limited to basic details.

However I do want to keep you upto date with the latest stuff going on, so, this sub blog is designed to do that.

Hemi
Posted by Violet Studios at 01:33